What are friends for? We traveled the Cape last year and, because we were relatively inexperienced with hard 4wd tracks, we went with friends, the Drabbles. Friends who had done the Cape before, friends who were dinky di true Aussie blue, friends who knew how to get themselves out of sticky situations. We were told “always take a Drabble” and you would never be stuck.

There is a rivalry between us over the capabilities of our cars, friendly rivalry but a rivalry nonetheless. We, being ex poms, cop some flack over “having all the gear and no idea” in our little Prado. Well thank goodness for our little Prado we say.

On the track we had to save the Drabbles bacon not once but 4 times! Hurrah for all the gear (we did have SOME idea). 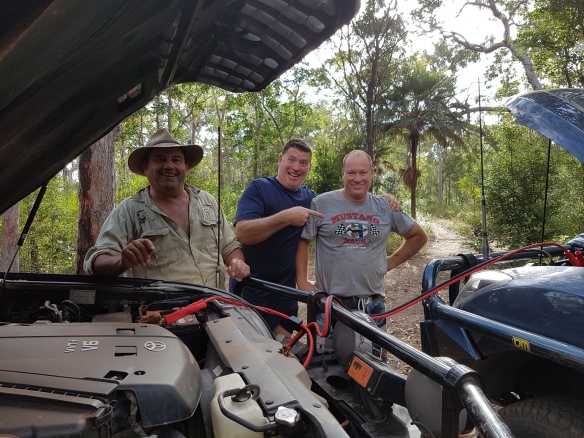 Prado had to snatch BT50 out of the Jardine 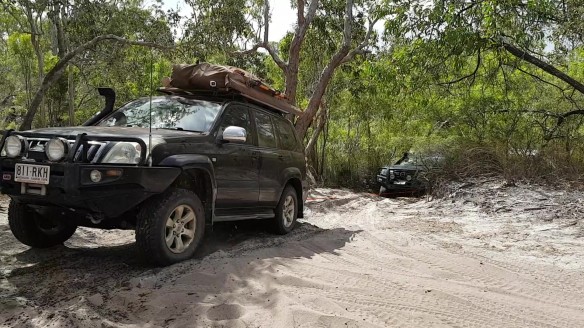 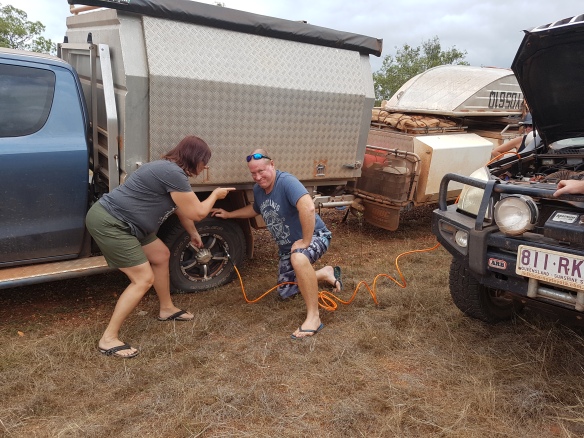 And Prado had to winch BT50 on Gunshot 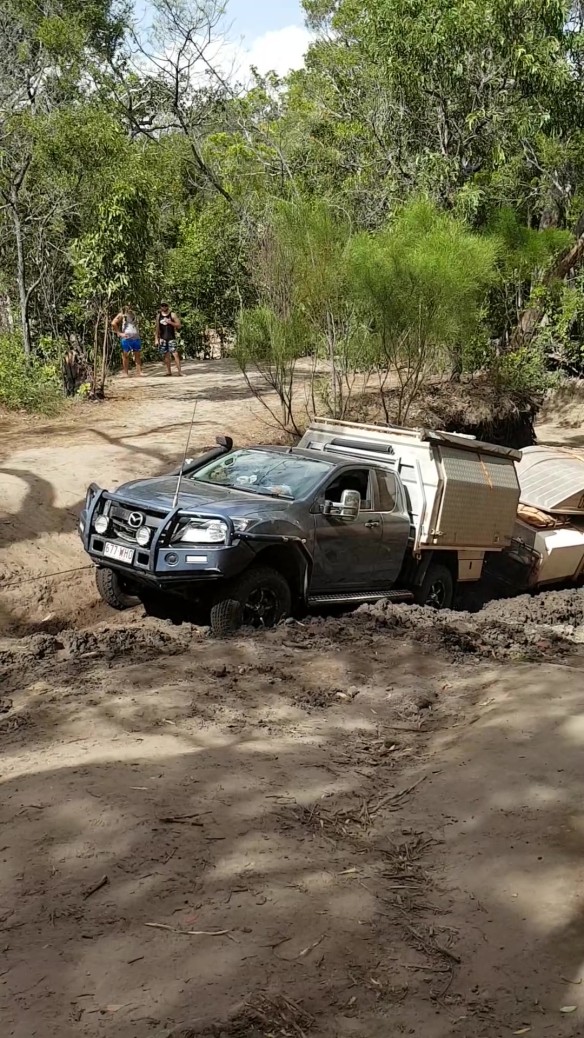 Fun was had by all! Next time we will give the “Drabble” a service before we take it as we don’t think the “Drabble” was working very well on this trip!